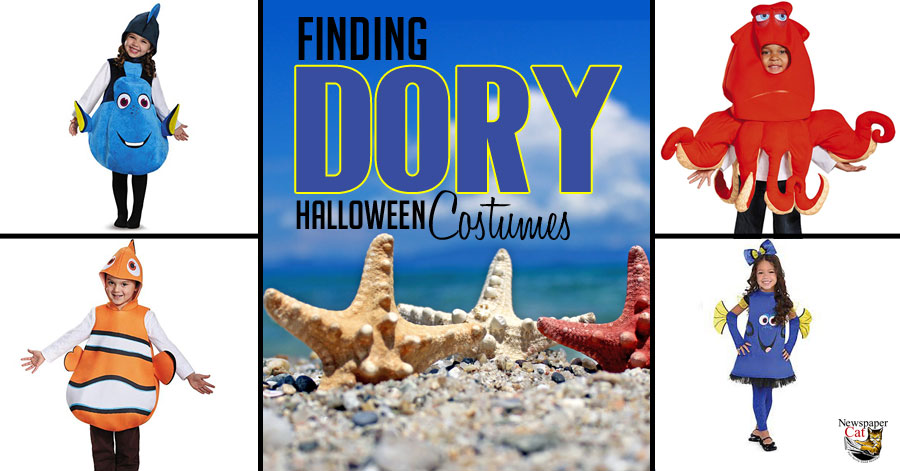 In 2003, Disney Pixar released Finding Nemo.  The loveable tale of a young clownfish with a foreshortened fin and a thirst for adventure touched our hearts and became an overnight success.  Now, more than 10 years later, we have Finding Dory, a follow up to the original Finding Nemo story.

Just as popular as the original, Finding Dory is loved by children everywhere and Finding Dory Halloween costumes for kids are expected to be a huge hit this year.  Fueled by the love for an extremely forgetful blue tang on a quest to find her parents, the most sought after costume from the move is Dory herself.

Kids absolutely love dressing up as the forgetful little blue tang fish, and these are some of the most adorable Halloween costumes you will find this year.  Some of the Finding Dory costumes consist of a beautiful blue dress or tutu with the wide-eyed fish character featured front and center in the middle of the costume.

Some of the more budget-friendly Dory costumes consist of a tunic and headpiece.  They are typically one-size-fits-all and can often be found for under $35 at places like Amazon.  They are also officially licensed by Disney Pixar and are among the top-rated kids’ costumes available. 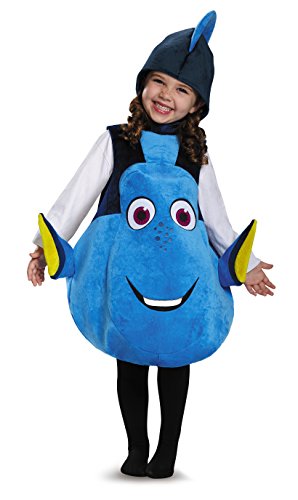 Since these Dory costumes for kids are officially licensed by Disney Pixar, they are excellent replicas of the loveable blue tang and show the attention to detail you’d expect from the movie. It is a very high-quality costume made of polyester, which also makes it easy to care for.

When you purchase the Dory Halloween costume for your little boy or girl, it includes a large and puffy pullover with fins in the classic blue and yellow colors of the fish.  It also includes a headpiece and a detachable tail to complete the look.

Even though this is a complete costume, it won’t cover your child’s entire body and it doesn’t come with shoes.  You’ll want to add a shirt and pants for the full effect and to keep your child warm.  Blue and/or yellow clothing will most closely match Dory’s character.

One additional thing to consider is that while it is an oversized fish costume, there is nothing in the costume to make it puff out and hold its shape in the right way. Additional padding underneath the costume may be needed to give it a more “fishy” look.

If you’re not a fan of the pullover, another Dory dress comes with a black petticoat that’s already attached as part of the costume.  Attached to the back is a whimsical tail every child is sure to love.

And what about fins?  No fish costume would be complete without them.  Just like the character in the movie, these Finding Dory Halloween costumes come with arm warmers and attached yellow fins at the elbows so your kids can just keep swimming, swimming, swimming when they’re out trick-or-treating on a cool Halloween night.

This particular Dory costume also features a large bow with a Dory figurine in the middle of it.  If that’s not adorable enough, a pair of tights featuring bubbles are also included.  One thing to note: shoes aren’t included with the costume, so you’ll need to pick those up separately.

Besides Dory herself, there are also many other Finding Dory characters who make great Halloween costumes.  With tons of kids looking to get in on the action this year, we don’t expect these costumes to stay on the shelf for long.  These include Hank, Darla, and of course, Nemo, the most popular and most loved character of all.

Finding Dory Halloween costumes are available for infants, toddlers, young children, and teenagers and adults alike, so there’s something for everyone!  And for those adults out there who are still “kids at heart”, don’t forget Nemo and Dory can work great as a couple’s costume.

Have fun out there and Happy Halloween!