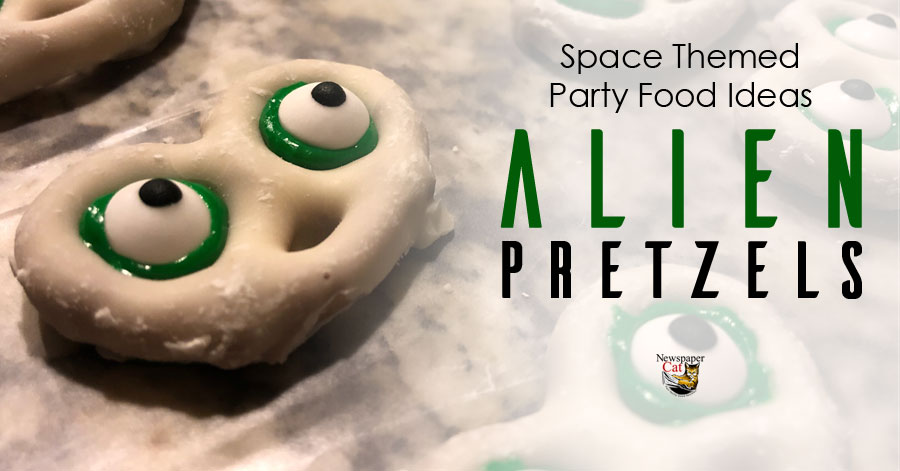 I may have just stumbled upon the easiest space alien themed party food ever – alien pretzels. They couldn’t be easier to make, and they are cute as can be.

My daughter turned 6 a few days ago (I couldn’t believe it either!), and she wanted to have a space themed birthday party at the local gym where she takes her gymnastics classes.

With my wife out of town, it was up to me to come up with some good space themed party food ideas. That would have been fine except the gym informed me a couple days before the party that due to inclement weather, there was a real possibility the event would get canceled.

So now what? Do I spend a ton of time making food for 20 kids and risk having to eat it all myself or throwing it away if the birthday party gets canceled?

I mean a fruit rocket ship will only last so many days in the fridge – but I did make some of those too. I used cantaloupe, marshmallows, strawberries, and grapes. Like this… 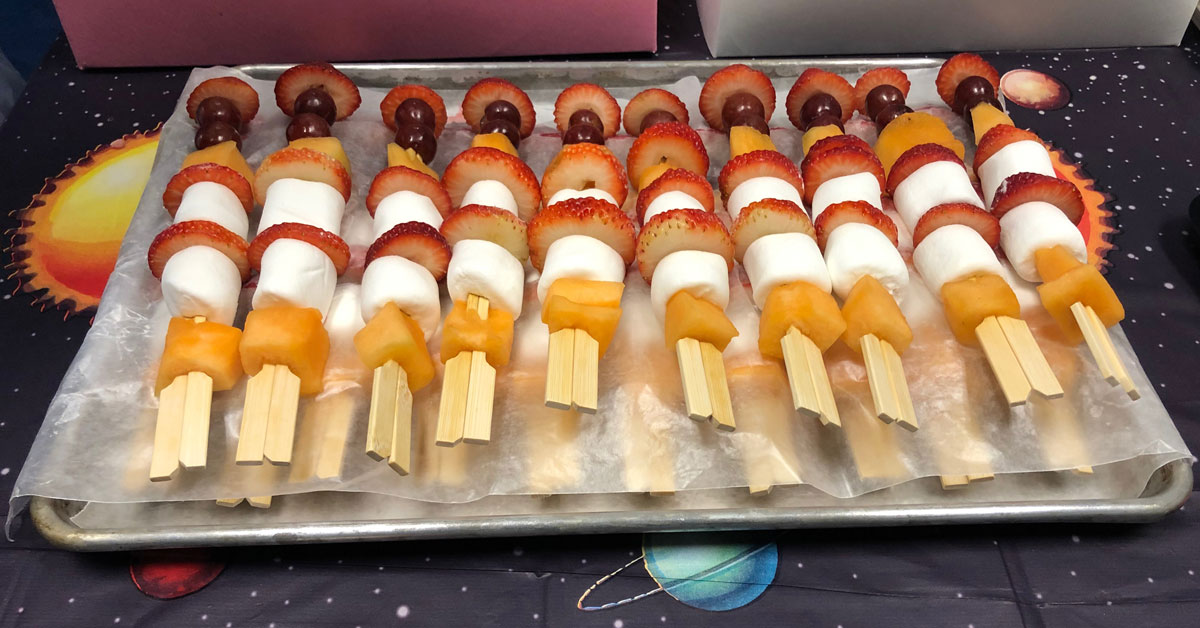 So I headed to Safeway to get inspired and see what I could come up with that would be super quick and easy, but not be a huge deal if the party got canceled.

To me, the pretzels looked just like an alien from outer space. Two wide eye sockets. An expressive mouth. And a classic E.T. shaped head.

So I had an idea. What if I took the yogurt covered pretzels, filled the eye sockets with icing and put little candy eye balls on them? That would make a fantastic space alien party food for kids – and adults, too! Brilliant!

“Go Dad, go!” (Fun fact: I resort to encouraging myself when my daughter and wife aren’t around.)

They were a huge hit at the birthday party, and my daughter LOVED them! That’s all that really matters!

If you want to try this space alien party food idea for yourself, here’s how I made them…

1. Get your hands on some yogurt covered pretzels.

I found mine at Safeway, but you could easily use these as well.

Safeway had all kinds of different flavors and colors they made in-house. I was tempted to go with green, but ultimately chose to go with white because I felt vanilla was a much more kid-friendly flavor than “key lime pie”.

You could also make your own yogurt covered pretzels, rob a pretzel truck, or trick your neighbor into doing it. Those all have their own consequences.

2. Spread the pretzels out on a piece of wax paper or parchment paper. 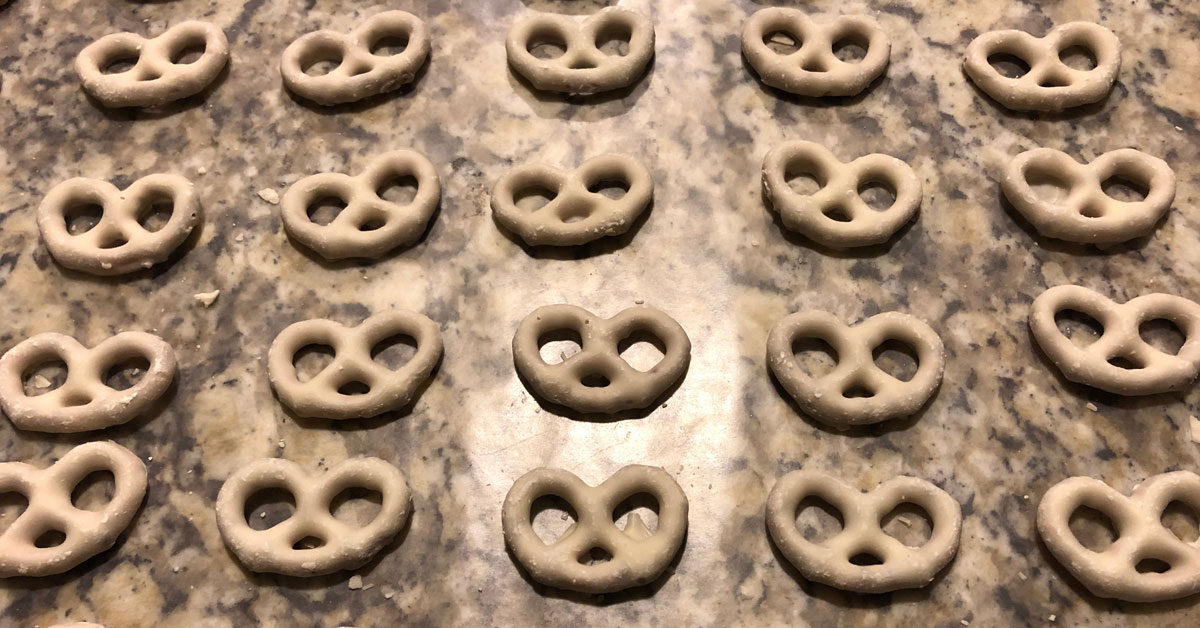 Replace paper and start over when you spill soda all over it. Eat the soggy Coke-flavored pretzels so they don’t go to waste. 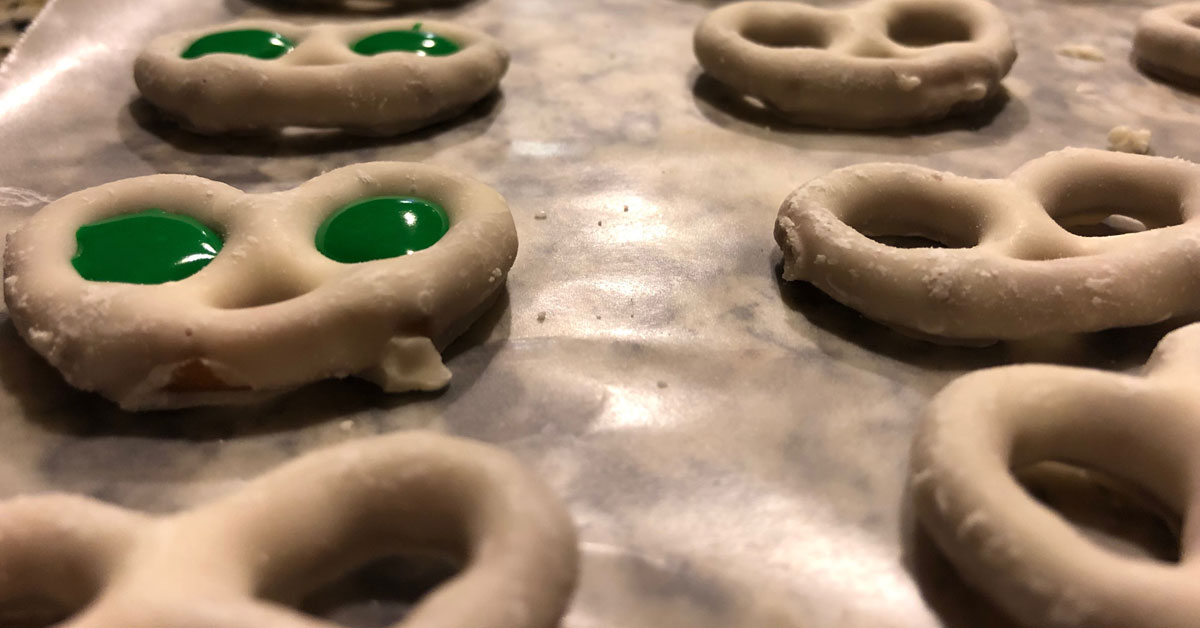 Take colored cookie icing (I chose this green one by Betty Crocker) and completely fill the eye sockets with icing. Lick excess icing off the icing tube, but don’t tell anyone. It’s just better if they don’t know.

4. Add a candy eye ball to each eye socket.

These are the ones I used. 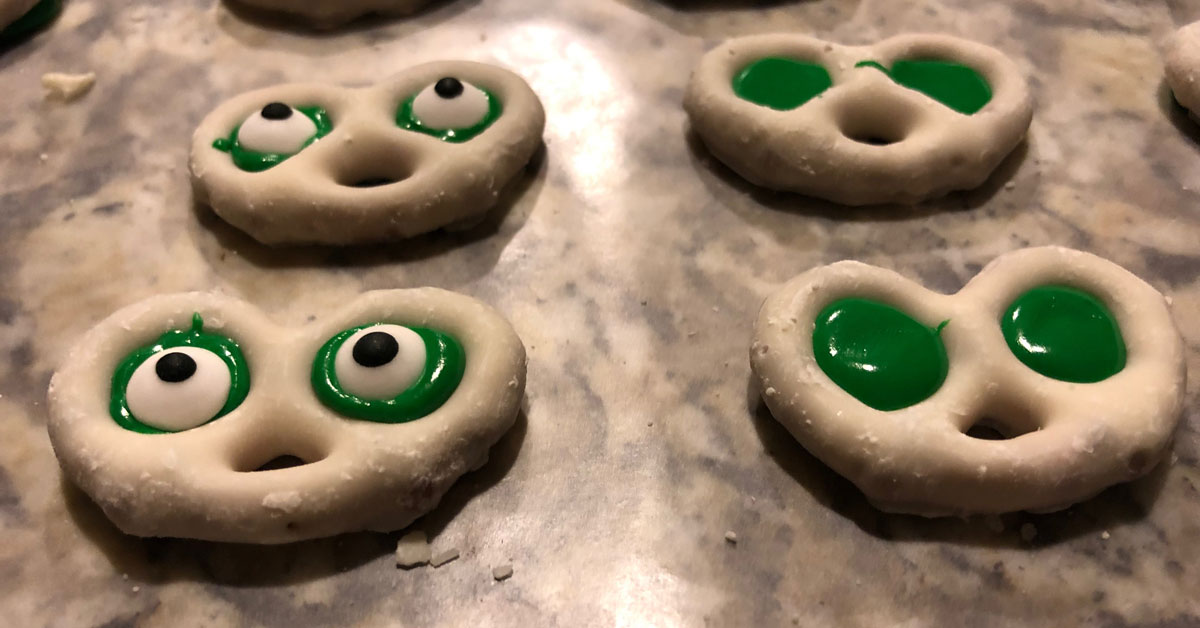 5. Let sit until the icing hardens a bit. 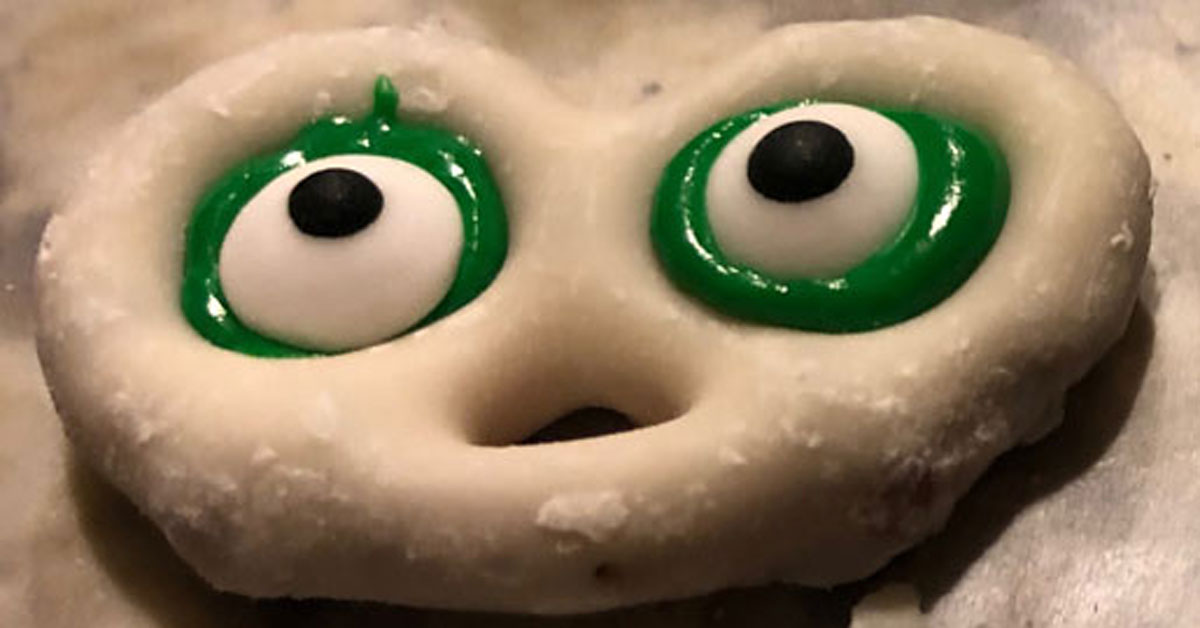 If you try to move them too soon, the candy eyes will sink into the eye sockets. This actually creates a pretty cool effect, as long as the eyeballs don’t sink all the way through.

You could probably place these in the refrigerator or freezer to speed up this process, but I just left them sitting out on the counter overnight, and that worked just fine. It gave the cat time to step in the icing and leave a cute little trail of kitty paws across the counter top.

If they stick a little to the paper, just slide a knife underneath them to cut through the dried icing and they should come right up. Eat a few! It’s ok. They’re delicious!

That’s it! As far as space alien party food is concerned, it doesn’t get much easier!

Do you have any favorite outer space or alien party food ideas? 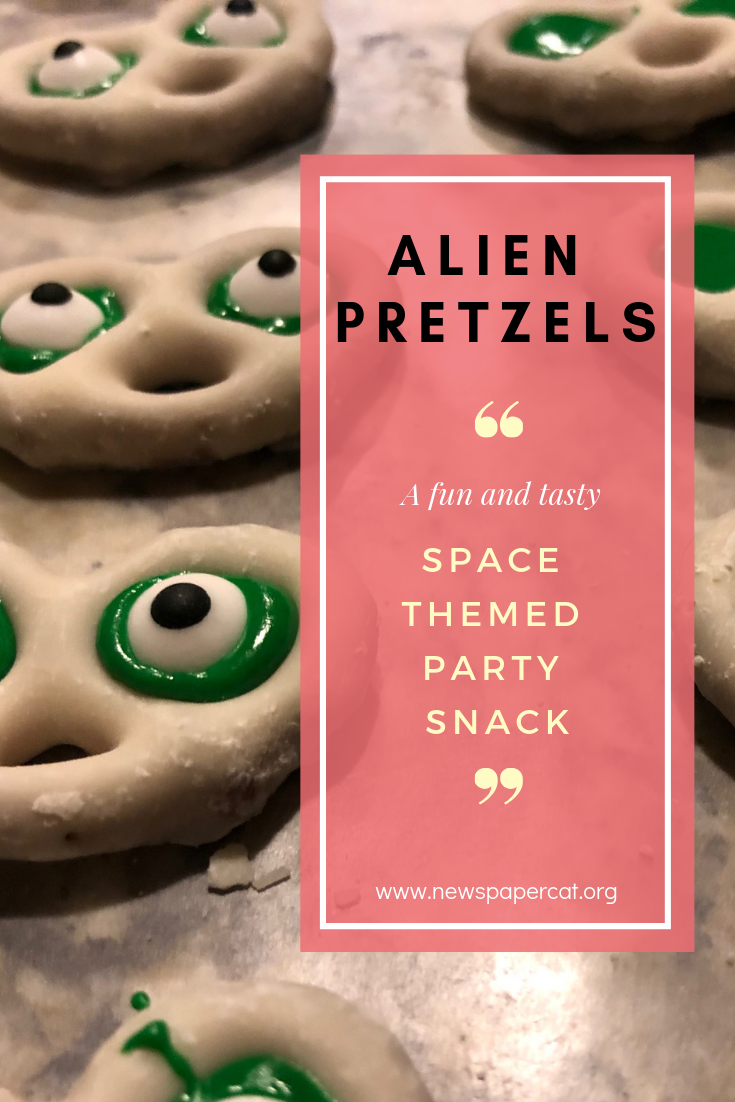