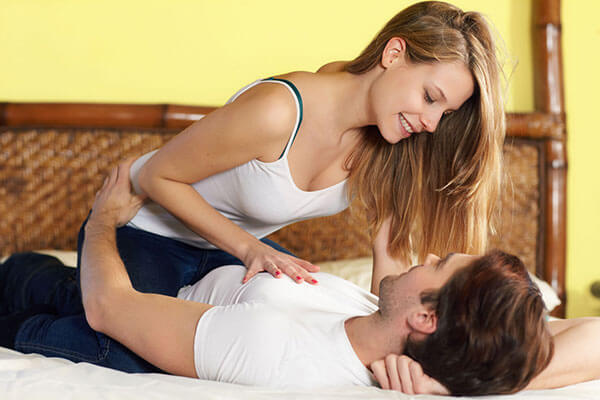 When the moment presents itself, don’t let erectile dysfunction spoil the fun!

Prevention.com reports erectile dysfunction is a very common problem with as many as 50% of men suffering from it. The Harvard Health Publications breaks this down further by revealing this 50% comes from the 40-70 age group, with 1 in 10 reporting a complete inability to have erections.

However common the problem is, treating it is not always as simple as popping a pill. According to WebMD, the treatment of erectile dysfunction can be done at any age and depends on the underlying causes.

One of the most common causes of erectile dysfunction is low blood flow to the penis. There are several ways to address this problem, ranging from the unintrusive to the surgically invasive.

The only FDA approved oral medications to treat erectile dysfunction are Cialis, Levitra, Staxyn, Stendra, and Viagra. According to the UK National Health Service (NHS), these phosphodiesterase (PDE) type 5 inhibitors are the most widely used and most effective types of medications.

How It Works: These drugs work by relaxing the muscles around penile blood vessels to increase blood flow in the area. They differ in how quickly they take effect and how long the effects last. For example, Levitra and Viagra both take effect in about 30 minutes and last from 4-5 hours. On the other hand, Cialis takes effect in about 15 minutes and can last up to 36 hours.

Success Rate: Based on a large number of studies, the NHS reports up to two-thirds of men find success using these medications.

Side Effects: The unwanted side effects of PDE-5 inhibitors may include headaches, flushing, indigestion, nausea, vomiting, runny nose, back pain, muscle pain, and vision problems.

Not Advisable For: These treatments are not advisable for men who take nitrate drugs, alpha-blockers for prostrate problems, and those with low blood pressure.

Those who do not respond to PDE-5 inhibitors may be prescribed Alprostadil. This drug is administered either by injecting it into the penis or by inserting a suppository into the urethra at the tip of the penis.

How It Works: This drug is a synthetic hormone that helps increase blood flow in the penis. Because it is administered directly to the problem area, the effects are almost immediate, with erections happening within 5 to 15 minutes. The longevity of the effects depend on the dosage given.

Success Rate: Of the two methods, injecting the drug into the penis tends to be more effective. Of those who didn’t respond to PDE-5 inhibitors, 85 out of 100 men who took Alprostadil via injection successfully achieved erections. Two-thirds of urethral suppository users report success.

Side Effects: Some observed effects of the drug are dizziness, headaches, fluctuations in blood pressure, penile pain, urethral burning or bleeding, and swelling or scarring at the site of injection.

Not Advisable For: Alprostadil should not be used by men at risk for priaprism (an erection that lasts for several hours), those with sickle cell anemia, those with penile implants, and those taking other erectile dysfunction medications. Urethral implants are not advisable for those with anatomical penile problems and men who have penile infections (e.g. balanitis).

Those who do not respond to medications can opt for non-drug treatments under the supervision of their doctors. These treatments range from simple dietary changes to penile pumps and more invasive surgical procedures.

How It Works: The penis is inserted in the tube and the pump sucks out the air from inside the tube. This creates a vacuum around the penis which causes the blood to fill the penis and make it erect. When the penis is erect, an elastic ring is placed around the base of the penis to contain the blood in the area. These erections last for as long as 30 minutes.

Success Rate: When the pump is used correctly, up to 80% of men achieve a hard enough erection to sustain intercourse.

Side Effects: Some of the unwanted effects of using pumps include bruising, pain, skin irritation, loss of feeling, and loss of sensitivity. It can also be a hindrance to sexual spontaneity. The Mayo Clinic reports the use of the elastic band can also restrict ejaculation.

Not Advisable For: Men with bleeding disorders or those taking anticoagulant medicines.

If none of the above treatments work, surgical procedures are often prescribed as a last resort. There are two kinds of surgeries performed to combat erectile dysfunction. One is the placement of penile implants and the other is blood vessel surgery.

How It Works: Penile implants are either semi-rigid or inflatable rods that are placed on both sides of the penis. Semi-rigid rods, which are recommended for older men who do not have sex regularly, allow users to keep their penis firm enough for intercourse, but still bendable. These implants do not affect penis size.

Inflatable rods consist of tubes placed in the penis and are connected to a pump placed in the scrotum. This pump is squeezed to obtain an erection. These type of implants can marginally increase size and girth.

Success Rate: There is a high success and satisfaction rate for penile implants among men whom other more conservative methods have failed.

Side Effects: As with any type of surgery, using penile implants or getting blood vessel surgery may lead to infection or other complications. Mechanical problems of the implants such as auto-inflation, breakdown of the implant, or shifting of the pump, may manifest within five years.

Not Advisable For: Men with UTI and other infections (skin or systemic).

In some rare cases, blocked or leaking blood vessels can be a cause for erectile dysfunction. When drug treatments fail to work in these cases, a vascular reconstruction surgery might be performed.

How It Works: Blood vessel surgery is done by either removing blood vessel blockages in the penis (blood vessel repair) or by blocking some veins to keep blood from leaking out of the penis.

Success Rate: Physician’s Desk Reference (PDRhealth.com) reports a 50 to 70% success rate for blood vessel repair. Vein blockage, on the other hand, initially has up to 50% success rate that eventually drops to 15%.

Blood vessel repair also has a higher success rate with younger men who have less severe blockages due to injury. Older men are not successful with this surgery as they tend to have more blood vessel blockages in their body.

Side Effects: As with any kind of surgery, these procedures come with a risk of infection or other complications. In addition to this, because the long-term effectiveness of vein blockage surgeries is not known, these surgeries are very rarely prescribed.

Erectile dysfunction is a common but completely treatable problem. What works best for erectile dysfunction will differ from one man to the next, so to solve the problem, patients must work closely with their doctor to find the appropriate and most effective treatment method. With diligence and patience, erectile dysfunction need not be the sexual performance death sentence it is often painted to be.

More On This Topic: Reviews of erectile dysfunction treatment options