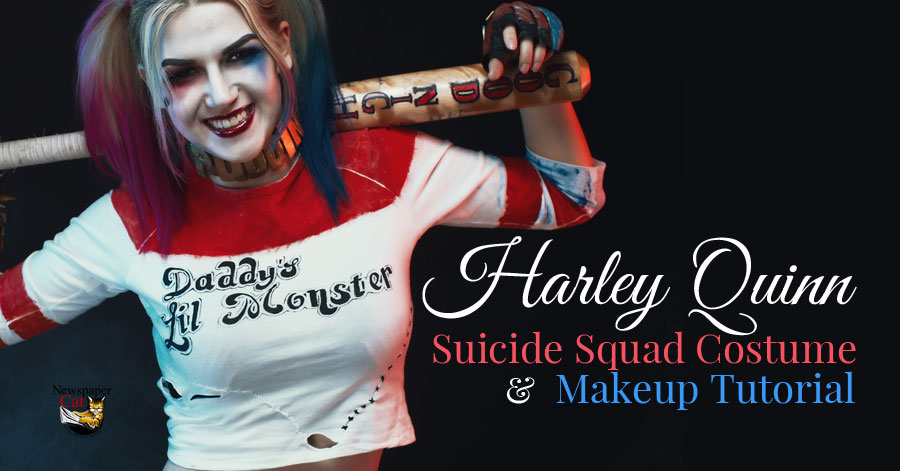 In the Suicide Squad movie released on August 5, 2016, “a secret government agency recruits some of the most dangerous incarcerated criminals to form a defensive task force, with their first case leading to a potential apocalypse.” The movie is full of fascinating and polarizing characters including Joker, Deadshot, Killer Croc, Katana, Captain Boomerang, and more. All of these characters make excellent Halloween costumes.

But there’s one Suicide Squad character who will be one of the hottest costumes of the 2016 Halloween season. That character is Harley Quinn: a fun, sexy, talented gymnast with crazy makeup and crazier hair. None of that sounds so bad until you consider just how insane and dangerous this super-villain truly is when she wears her iconic “Daddy’s Lil Monster” shirt and wields her graffiti-covered bat around.

Fans of the Suicide Squad movie love her and if that’s you, this Harley Quinn Deluxe Halloween Costume made by Rubies and found on Amazon may be just what you need come October 31st.

This 100% polyester Harley Quinn costume for women is highly-rated, easy to take care of, and comfortable to wear. It does need to be hand-washed, so consider that before making a purchase, if you plan on wearing it multiple times.

The costume comes in three different sizes (small, medium, and large). As with most costumes, these sizes don’t necessarily match up with the same clothing sizes you normally wear, so be sure to check the product’s measurements to ensure a good fit. If you purchase the costume on Amazon, just look for the “Size Chart” link when you go to select your size.

What’s Missing From The Costume?

This is a good Harley Quinn costume for Halloween, but it is missing a few things you’ll need to pick up separately to complete the look. The most important costume accessories missing are a wig and shoes.

You can find a selection of Harley Quinn costume wigs here, and these shoes are an excellent choice. If those don’t suit your taste, here are some other options for Harley Quinn shoes.

For a truly authentic look, you may also want to pick up a Harley Quinn Suicide Squad bat.

If you want to dress up as Harley Quinn for Halloween, one last thing you’ll want to do is your makeup. Here is a good video tutorial that should help. Done-for-you Harley Quinn make up kits are also available.

\Harley Quinn is mega popular, but she is just one of the amazing characters from Suicide Squad. Many others like the Joker, Deadshot, Katana, and Killer Croc also make excellent Halloween costumes.

With a wide variety of incredible characters, Suicide Squad costumes are a great choice for families or groups of friends who want to dress up together. Here are some fantastic options!